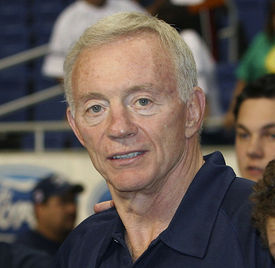 Wired PR News.com – The Dallas Cowboys kept up their winning streak on Thursday beating the Seattle Seahawks 34-9. However, some expect a tough December ahead for the team with two major players sustaining injuries in the Thanksgiving Day game.

As reported by Reuters, line backer DeMarcus Ware and running back Marion Barber were injured playing on Thursday; however, both of the players injuries are not believed to be severe. The injuries did not affect the spirit of players like Ware who told reporters “I feel like we’ve gotten our swagger back, especially with Romo back… We’re scoring a lot more points and he is giving us a better opportunity.”

The impressive win gave the team more reasons to be thankful during the holiday and renewed confidence for the road ahead. As stated by Cowboys’ quarterback Tony Romo “It will be a challenge for us to make the playoffs, but we feel confident in out ability to win games and I like our chances.”

The game was the last Thanksgiving Day game for the Cowboys that will be played at Texas Stadium.