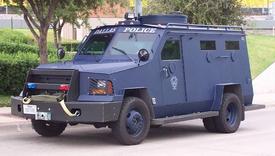 A bank robber in Dallas was killed in a Tuesday robbery attempt.

Wired PR News.com – A man who attempted to rob a Chase bank in Oak Cliff was killed on Tuesday by a bank security guard. As reported by the Dallas Morning News, the masked gunman stormed into the bank Tuesday afternoon beginning what turned into a standoff with police that lasted several hours.

Several employees and customers of the bank were able to get out without sustaining serious injuries. As noted in the Dallas Morning News report, a woman and the security guard were left in the building for a short period of time, after others had gotten out. SWAT officers were called in to assist before the unidentified suspect was found dead near the bank counter. The guard sustained injuries, but was reportedly released from the hospital Tuesday night.

As quoted in the report of Sgt. Larry Lewis of Dallas PD Homicide, “This thing probably went down in just a matter of seconds… Apparently he entered with a mask, which immediately caused everybody’s alarm, and then he started … waving a weapon around, demanding everyone leave the bank.”