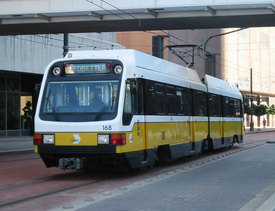 The number of individuals utilizing DART transportation in Dallas remains at a record high despite significant gas price declines.

Wired PR News.com – The astronomical increases in gas prices in the previous year persuaded many in Dallas to rely more heavily on the city’s public transit system. However, as reported by CBS 11 News, the recent declines in gas prices has not seemed to persuade them to change their newfound habits.

Michael Morris of the North Central Texas Council of Governments is quoted in the report as stating, “The data indicate DART riders did see benefits and actually retained their rail riding behavior even though gas prices have come back down. We need to build more rail in large portions of the region.”

The mass transit system is expected to increase rail lines to extend 90 miles by the year 2013. Some are hoping for the opportunity for voters to decide on measures to make more expansions to the system.