Court States Vaccines Not Cause of Autism 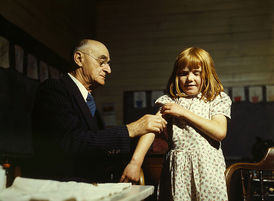 A special court has decided that vaccines are not connected to autism.

WiredPRNews.com – A special federal court has determined that vaccines do not cause autism citing a lack of evidence to support the assertion that a connection exists. As reported by the Associated Press (AP), the decision Thursday was a disappointment for many families who believe a link exist between vaccinations and their children’s conditions.

Special Master Denise Vowell is quoted in the AP report as stating of the case, “Sadly, the petitioners in this litigation have been the victims of bad science conducted to support litigation rather than to advance medical and scientific understanding” of autism.”

As noted by the AP, the fairly recent anti-vaccine movement has led to an increase in the number of children infected with diseases that are preventable through vaccination due to some parent’s fears about the injections.

Some attorneys representing the petitioning families have expressed intentions of possibly appealing the ruling. Barbara Loe Fisher of the National Vaccine Information Center is quoted as stating of the case, “I think it is a mistake to conclude that because these few test cases were denied compensation, that it’s been decided vaccines don’t play any role in regressive autism.”