Filmmaker to Get Camera Placed in Eye – The Eyeborg Project 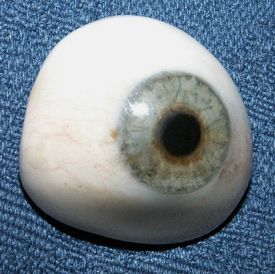 A filmmaker in Canada is set to have an eye socket camera installed.

Wired PR News– A filmmaker in Canada is going to an unusual extreme to make documentaries. As reported by Reuters, filmmaker Rob Spence, is planning to have a camera installed in his eye.

The 36 year-old, who now has a prosthetic eye due to an accident when he was a teenager, will have the camera installed to create films that raise awareness about surveillance. Spence is quoted in the Reuters report as stating, “Originally the whole idea was to do a documentary about surveillance. I thought I would become a sort of super hero … fighting for justice against surveillance.” He further noted “In Toronto there are 12,000 cameras. But the strange thing I discovered was that people don’t care about the surveillance cameras, they were more concerned about me and my secret camera eye because they feel that is a worse invasion of their privacy.”

The camera will reportedly only be used for documentary purposes. More information about the project may be found at http://www.eyeborgblog.com/.