Record Number of Homeowners in Foreclosure or Late on Payments 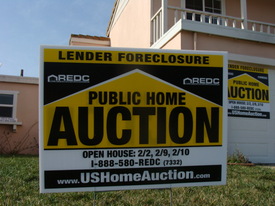 Twelve percent of homeowners in the U.S. are delinquent in mortgage payments or foreclosed.

Wired PR News – A record number of homeowners in the United States are reportedly dealing with major financial issues in regards to keeping their homes. As reported by Reuters, 12 percent of U.S. homeowners ended the first quarter in foreclosure or delinquent in mortgage payments. The increase in the number of individuals dealing with these issues is partially attributed to a peak in unemployment in April.

Jay Brinkmann, an economist with the Mortgage Bankers Association, is quoted in the report as stating, “We clearly haven’t hit the top yet in terms of delinquencies or the bottom of the housing market… The housing market depends on the employment situation, and we don’t expect unemployment to bottom out until the middle of next year, so then normally housing would not recover until after employment recovers.”