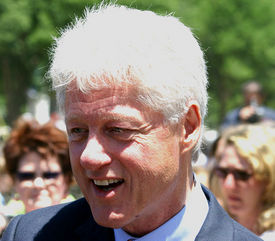 Press Release Service – Wired PR News – Former President Bill Clinton made a visit to North Korea Tuesday to speak with the country’s leader about the release of U.S. journalists Euna Lee and Laura Ling. As reported by the Associated Press (AP), Clinton met with Kim Jong II on behalf of the reporters, and discussed a range of other issues.

Lee and Ling were sentenced to 12 years of hard labor in North Korea after being charged with illegally entering the country and hostile acts while filming near the Chinese-North Korean border.

Mike Chinoy, author of “Meltdown: The Inside Story of the North Korean Nuclear Crisis” is quoted by the AP as stating of Clinton’s unannounced trip, “This is a very potentially rewarding trip. Not only is it likely to resolve the case of the two American journalists detained in North Korea for many months, but it could be a very significant opening and breaking this downward cycle of tension and recrimination between the U.S. and North Korea.”