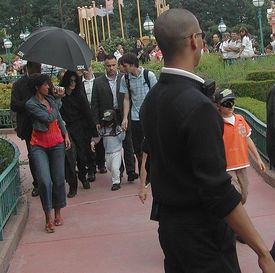 A tabloid in Britain has reported the godfather of Michael Jackson’s children is claiming paternity.

Press Release Service – Wired PR News – Someone has reportedly stepped forward to claim paternity of the late Michael Jackson’s daughter. As reported by the Associated Press (AP), a tabloid in Britain has stated the godfather of the entertainer’s children Mark Lester, who is also Jackson’s friend of 27 years, is claiming he is the biological father of the singer’s daughter Paris.

Lester, a former child actor, is stated to have told the News of the World newspaper that he was a sperm donor for Jackson. Lester is quoted by the AP as stating in an interview of his motivation for coming forward with his claims, “It’s a contact issue… I dearly want to remain in contact with those kids and I feel now this is the only way I can ensure that.”