Google to Return Some Digital Books to Paperback 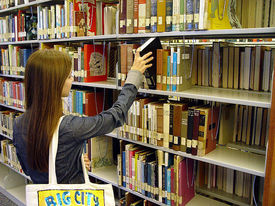 The technology giant will reportedly allow two million books in its digital library to be made into paperback.

Press Release Service – Wired PR News – Google has announced a deal to allow two million books in its digital library to be manufactured as paperbacks. As reported by the Associated Press (AP), the search engine giant will give On Demand Books access to the books to manufacture on their “Expresso Book Machine, which can produce paperbacks in five minutes.

Google spokeswoman Jennie Johnson is quoted by the AP as stating of the deal, “It’s like things are coming full circle… This will allow people to pick up the physical copy of a book even if there may be just one or two other copies in some library in this country, or maybe it’s not even available in this country at all.”