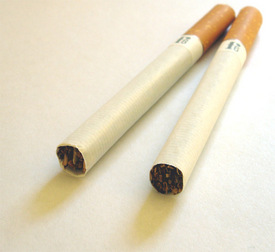 The agency placed a ban on cigarette flavors Tuesday.

Press Release Service – Wired PR News – The U.S. Food and Drug Administration (FDA) made its first major regulatory move for the tobacco industry Tuesday, placing a ban on certain types of flavored cigarettes. As reported by Reuters, the measure is one step in a plan to deter children and teens from tobacco use.

Dr. Lawrence Deyton, head of the FDA’s Center for Tobacco Products, is quoted in the report as stating of the issue, “Candy and fruit flavored cigarettes are a gateway for many children and young adults to become regular tobacco users.”

As noted by Reuters, President Barack Obama signed a measure earlier this year, which gave the FDA regulatory authority over the tobacco industry in regards to the marketing, advertising, and manufacturing of cigarettes and other tobacco products.