Researchers See Numbers on the Brain 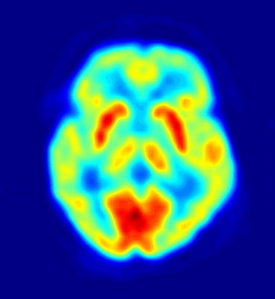 Scientists use brain activity to tell what numbers an individual may have just seen.

Press Release Service – Wired PR News – Researchers have found that they can detect what numbers people have been presented with by analyzing the activity in their brains. As reported by LiveScience.com, a new study links brain activity patterns to numbers.

Researcher Evelyn Eger with the University of Paris-Sud in Orsay, France, is quoted in the report as stating of the link, “Activation patterns for numbers of dots seem to be stronger – are more easily discriminated – than those for digits, suggesting that maybe still more neurons encode specifically numbers of objects – the evolutionary older representation – than abstract symbolic numbers.”

Eger is further quoted as stating of the findings, “We are only beginning to access the most basic building blocks that symbolic math probably relies on… We still have no clear idea of how these number representations interact and are combined in mathematical operations, but the fact that we can resolve them in humans gives hope that at some point we can come up with paradigms that let us address this.”

More information about the study may be found in the Current Biology journal online.