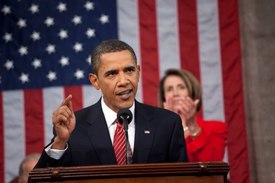 The current administration is seeking ways to help laid off workers.

Press Release Service – Wired PR News – The Obama administration is exploring options to aid those who are unemployed. As reported by the Associated Press (AP), officials stated Saturday that the administration has discussed possible means to alleviate the burden of those who are struggling to find employment with those in Congress, with options including an extension of unemployment benefits.

White House economic adviser Lawrence Summers is quoted by the AP as stating in an Atlantic magazine interview of the issue, “We certainly need to continue to support people who are in need, whether it’s unemployment insurance, or a COBRA program that for the first time provides that people who are laid off get supported in being able to maintain their health insurance.”

As noted in the report, President Barack Obama proposed in his weekly address Saturday that a major change in the health care system would help facilitate job creation.