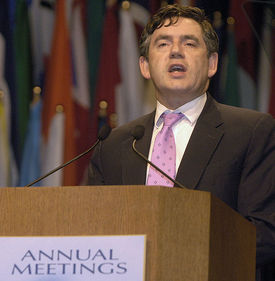 The country reportedly plans to send 500 more troops to serve in the country.

Britain (WiredPRNews.com) – The number of British troops in Afghanistan may increase by 500. As reported by Reuters, the nation’s Prime Minister, Gordon Brown, announced the possibility this week in response to an increase in violence.

As noted by Reuters, currently there are more than 100,000 Western troops serving in Afghanistan with a majority of them being American. Brown is stated in the report to have specified that certain conditions would have to be met in order for more troops to be deployed.

Brown is quoted by Reuters as commenting in a statement to Parliament, “I’ve agreed in principle to a new British force level of 9,500 which will be put into effect once these conditions are met.”

Charles Heyman, The Armed Forces of the United Kingdom editor, is quoted by Reuters as stating of his view that sending 500 more troops would not be very effective, “We need at least 2,000 if we are to hold the ring in Helmand and probably a lot more than that.”