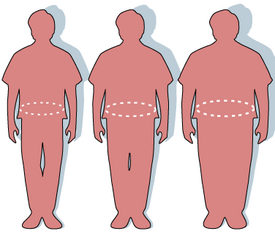 Washington (WiredPRNews.com) – Obesity has reportedly been linked to thousands of cancer cases each year. As reported by AFP, the American Institute for Cancer Research recently published estimates on incidents of cancer and their possible link to excess body fat. An estimated 84 percent of esophageal and endometrial cancers combined are said to have a link to excessive body fat.

Laurence Kolonel of the Cancer Research Center of Hawaii is quoted by AFP as stating of the research, “It’s clearer than ever that obesity’s impact is felt before, during and after cancer, it increases risk, makes treatment more difficult and shortens survival.”

As noted in the report, some researchers have proposed the link may be attributed to an increase in sex hormone levels produced by fat tissue, which may spark the growth of cancer cells. However, scientists have yet to pinpoint an exact correlation.