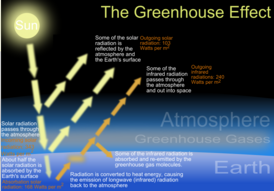 Washington, D.C. (WiredPRNews.com) – The Environmental Protection Agency (EPA) recently made an announcement on the potential effects of greenhouse gases on public health, which may prove significant in the implementation of regulations concerning environmental pollution. As reported by the Associated Press (AP), the EPA stated that pollution that contributes to climate change poses hazards for public health in addition to the environment.

EPA Administrator Lisa Jackson is quoted by the AP as stating of the issue during a news conference Monday of scientific findings on climate change, “These long-overdue findings cement 2009’s place in history as the year when the United States government began addressing the challenge of greenhouse-gas pollution.”

Sen. John Kerry, D-Mass is further quoted in the report as stating of the EPA’s steps in addressing the issue, “This is a clear message to Copenhagen of the Obama administration’s commitments to address global climate change… The message to Congress is crystal clear: get moving.”