David Spade and Brian Evans to perform on Maui 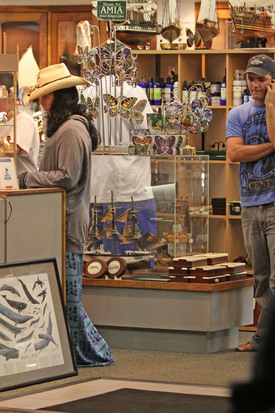 The Maui Theatre, which typically hosts the hit production Ulalena, is now also serving as the host theatre to the new “The Maui Celebrity Series” (www.themauicelebrityseries.com). Crooner Brian Evans, who along with Arman Zajic and Mark Biltz created the monthly series, aims to bring superstar talent to Lahaina every month. The show began with Evans and the legendary William Shatner, followed by performances by Roseanne Barr and Paul Rodriguez.

Brian Evans will perform as the opening act for David Spade. Tickets may be purchased at www.groovetickets.com, or by calling (808) 856-7973.

“What’s great about this show is that every month it’s a different star, and it’s only a 680 seat venue and most of these stars haven’t played venues this small in years,” says Evans. Rapper Snoop Dogg is on the radar for the July show of the month.

Brian Evans is the opening act for such stars as Joan Rivers, Jay Leno, Social Distortion, and Dionne Warwick. He is working on his own major label debut which will feature a duet with Kelly Osbourne.

The show is sponsored by Enterprise Rent A Car, T-Mobile, Trilogy Excursions, Royal Lahaina Resorts, and The Bubba Gump Shrimp Company. An after-party will be held at Bubba Gump’s immediately following the concert.