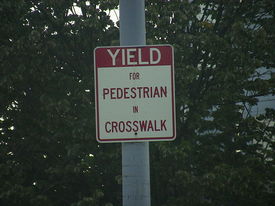 A Massachusetts man named Lord Jesus Christ was hit by a car this week.

Massachusetts (WiredPRNews.com) – A Massachusetts man named Lord Jesus Christ was reportedly injured after being involved in a pedestrian accident early this week. As reported by the Associated Press (AP), the man was hit by a woman in a crosswalk on Tuesday.

As noted in the report, the 50-year-old man was crossing a street in Northhampton when the accident occurred. Officers reportedly verified that the Belchertown man’s legal name was Lord Jesus Christ. He was subsequently treated at a hospital for injuries sustained to his face in the accident. The injuries were stated to be minor.

As further noted in the report, the driver, Brittany Cantarella, 20, received a citation for not stopping for the pedestrian as he walked in the crosswalk.