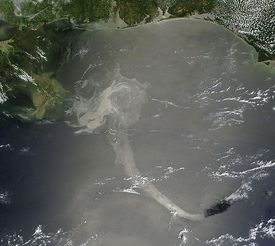 Many questions regarding the potential impact of the oil spill into the Gulf of Mexico remain weeks after explosion.

U.S. (WiredPRNews.com) – Questions about the extent of the impact of the massive oil spill in the Gulf of Mexico still remain weeks after an April explosion. As reported by the Associated Press (AP), aside from many seeking answers to questions such as which reports are accurate about how much oil has been leaked, one of the biggest concerns among Gulf Coast residents and others is BP PLC remaining in charge of cleanup initiatives. Many are questioning why there does not appear to be more government intervention.

Wayne Stone of Marathon, Fla. is quoted by the AP as stating of growing frustration about BP remaining in charge, “The government should have stepped in and not just taken BP’s word.” However, as noted in the report, legal restrictions prevent government from complete takeover, requiring oil companies to take responsibility. Coast Guard Commandant Thad Allen is quoted in the report as stating of the matter, “The basic notion is you hold the responsible party accountable, with regime oversight…BP has not been relieved of that responsibility, nor have they been relieved for penalties or for oversight.”