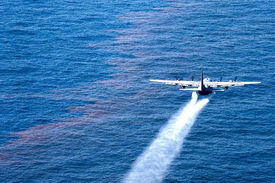 As reports surface that the latest attempts to stop the massive oil spill in the Gulf are not working, frustrations ensue.

Frustrations are increasing as reports surface that the latest attempt by BP to stop the massive oil spill in the Gulf is not working. As reported by the Associated Press (AP), many are worried about the impact the disaster will have for the country, particularly Gulf Coast residents during the summer.

White House Energy and Climate Change Advisor Carol Browner is quoted by the AP as stating of the matter, “This is probably the biggest environmental disaster we’ve ever faced in this country.”

Rev. Theodore Turner, whose church is located near where oil first surfaced ashore, is quoted in the report as stating of the issue, “There are people who are getting desperate, and there are more getting anxious as we get further into the shrimping season and there is less chance they will recover.”