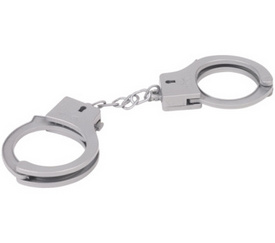 For more than three years, the city of Miami and Miami Wrongful Death Lawyers for the family of Kevin Colindres could agree on just one thing: The autistic 18-year-old stopped breathing and died after police placed him prone on the ground during an extended restraint.

The Miami Wrongful Death Lawyer representing the family argued that the police violated best practices and their own policies and procedures by placing Kevin prone on the ground with weight on his back for over ten (10) minutes. Lawyers for the city said that wasn’t so. The case was heavily litigated, with the city filing eight motions for summary judgment—requests that the court decide the outcome without a full trial. Eventually, the matter was referred to arbitration.

In late April, arbitrator Murray Greenberg agreed with the plantiff’s lawyers—the police officers were negligent, the city was liable, and the family should receive $2.75 million in damages.

Worried that a trial by jury could result in even a larger verdict, the City of Miami Commission voted to accept the award. However, the fight continues as the Colindres family still must get a special “claims bill” passed by the Florida legislature in order to collect more than $200,000.

Miles, the Miami Wrongful Death attorney at Grossman Roth, doesn’t envision problems in this case. A sponsor, he says, should be relatively easy to find, and the facts of the case plus the arbitrator’s decision make the suggested recovery both reasonable and necessary.

A dinnertime incident sparked the 2006 incident at Colindres’s home. His sister called 911 to report that Kevin had hit their mother. According to police, an officer arrived 16 minutes later, noticed the mother had bruises and cuts around her face, and called for backup.

Kevin calmed down. But when his sister asked police to take him to a crisis treatment center, he tried to go back to his room. Officers handcuffed the teenager, but as he was being led to a patrol car, he resisted by becoming dead weight. As a result, Kevin wound up face down on the ground.

Within a matter of minutes, Kevin stopped breathing. Kevin soon went into a coma and died less than a month later.

This news story was brought to you by the Miami wrongful death lawyers at Grossman Roth, P.A. For three decades, we’ve been fighting for—and coming through for—those needlessly injured by the negligence of others. Along the way, we’ve become one of south Florida’s pre-eminent firms for personal injury lawsuits, helping clients recover and heal.