MINI Cooper Gets More Than a “MINI” Investment 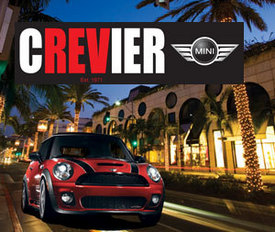 MINI Cooper is to receive £250m, roughly $386 million USD, from the German-automaker BMW. New funds will go directly towards increasing production of the infamous MINI. The decision to support the MINI Cooper brand started in July 2011, when The BMW Group poured $772 million (£500m) into enhancing operations.

Currently MINI plans to invest the second round of money into many of its facilities in Oxford, Birmingham and Swindon over the next 3 years. MINI Cooper, along with BMW, wants to reaffirm their commitment to Britain and its 5,000 workers.

An investment of this size not only positively effects UK workers, but also benefits the American MINI consumer. Upgraded production facilities mean the latest in technology and manufacturing practices, putting high-quality cars on the road. This should give MINI buyers peace of mind that the vehicle they purchase will have a long life without irregular mechanical issues.

In an era where we have seen makes like Saturn and Hummer close down production for good, and in a time when the future of some automakers is questionable, financial backing of this magnitude from another well established brand also means that the MINI Cooper car line is here to stay.

“At Crevier MINI we have been working to put Orange County residents behind the wheels of MINI Coopers since 2002,” states Peter Maldonado, Sales Manager at Crevier’s Los Angeles MINI Cooper dealership. “It is great to see that same passion shared on a global level, with not only a verbal commitment but the solid backing of MINI Cooper with $386 million from BMW.”

Speaking to their recent investment in MINI Cooper production, BMW representatives point out that the UK is the fourth largest car market in the world. They hope that the financial backing of MINI would help their “international growth strategy” for introducing new MINI models to the market.

These new models include the MINI Roadster, introduced in January 2012 as the first two seated MINI option and convertible MINI Cooper. To learn more about new MINI models like the Roadster, contact Crevier MINI at (877) 231-8279 or visit www.CrevierMINI.com.