Fans Can Rush To TicketHurry.com To Get Newly Announced Jonas Brothers Tickets 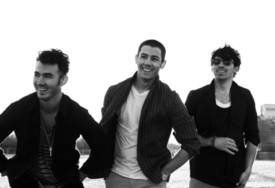 Hot on the heels of sold-out shows at Radio City Music Hall and the Pantages Theatre, and as they come off a hugely successful Latin American run, the Jonas Brothers will embark on their first North American tour in three years. This summer they will hit cities across the U.S. and Canada with what will prove to be an epic concert experience for their fans. The “Jonas Brothers Live Tour” will take the band to more than 25 stops across North America, including Boston, Chicago, Las Vegas, Los Angeles, New York, San Francisco and Toronto. The tour announcement comes on the same day the group debuts its hot new single, “Pom Poms,” a new anthem that redefines their sound with an upbeat mix of pop and rock.

The “Jonas Brothers Live Tour” will kick off in Chicago, Illinois, on Wednesday, July 10, at Charter One Pavilion at Northerly Island, and continue through Friday, August 16, in Los Angeles, California at the Gibson Amphitheatre at Universal CityWalk.

At TicketHurry.com you are able to buy tickets before the box office sale date. This gives huge fans a convenient way to ensure that you will get good seats before they sell out. Event promoters provide these tickets as a means to make sure all tickets sell out fast.

Dates, cities and venues for the “Jonas Brothers Live Tour” are below. *All are subject to change.