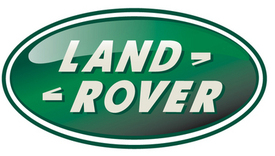 While every auto brand has ambitions of reaching 1 million fans on Facebook, it helps to begin with a passionate customer base. Land Rover recently reached that milestone on the popular social network, and to thank its fans, the SUV brand has released a video highlighting the places their vehicles have taken drivers over the years, putting customer-submitted photos in motion to tell the story.

Land Rover’s video follows a variety of its SUVs from different model years, traveling from cities like New York and Chicago to rugged ski resorts, coastal bluffs and vast deserts. Some of the favorite furry friends of Land Rover’s customers are along for the ride, including all kinds of dogs and even a parrot. Viewable at www.youtube.com/watch?v=u1DG8vMhymk, the video also reminds customers of how their Land Rovers have been there for many of their favorite moments, showing a model decorated for a post-wedding-ceremony celebration.

“Land Rover fans are unique in that they are not only enthusiastic about their SUVs, but also passionate about the breathtaking places they can travel to in any conditions with their vehicles,” said Dave Edwards, general manager of Land Rover Peabody, a Range Rover dealer in Massachusetts. “That’s why Land Rover’s Facebook page has become so popular, because customers can share all those experiences there, and the brand’s new video does a great job of highlighting that passion.”

Land Rover’s popularity hasn’t been limited to the Internet in recent months, as its sales have been surging in U.S. showrooms. Through the first four months of 2013, the SUV maker has sold more models in the United States than ever before in that same period. Nearly 16,000 Land Rover models found new homes through April, resulting in a 14 percent sales increase year-over-year.

With a new generation of its best-selling Range Rover Sport coming in the third quarter of this year, Land Rover could very well see an added boost in its sales numbers. The 2014 Range Rover Sport receives a new high-strength aluminum body that drops about 800 pounds compared to its predecessor, making it not only more fuel efficient but also the fastest and most responsive version yet. Meanwhile, a next-generation Terrain Response 2 system will ensure the Range Rover Sport doesn’t lose any of its signature capability during its redesign.

“The 2014 Range Rover Sport follows the same blueprint as the new 2013 Range Rover, which cut weight and took on some of the sleeker styling of the Range Rover Evoque, but didn’t sacrifice its go-anywhere prowess along the way,” added Edwards. “It’s remarkable how Land Rover is managing to modernize its lineup with forward-looking designs and improved fuel economy while staying true to its rugged roots.”