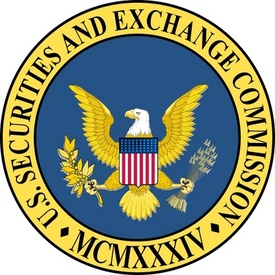 Nearly a year after its first whistleblower award was announced, the U.S. Securities and Exchange Commission is signaling that more — and larger — rewards are coming.

Established by the Dodd-Frank Wall Street Reform and Consumer Protection Act of 2010, the SEC’s Office of the Whistleblower follows in the footsteps of other whistleblower efforts — most notably the federal False Claims Act (FCA). Dating back to the Civil War era, the FCA has proven a potent weapon against fraud, leading to the recovery of more than $34 billion for the government since it was substantially amended in the mid-1980s.

In its first fiscal year, the SEC’s whistleblower office received more than 3,000 tips, resulting in 143 enforcement actions in which sanctions exceeded $1 million. Through June 2013, however, just two relatively small whistleblower awards have been announced — a fact that has raised some concern among lawyers and other whistleblower advocates. Recent statements by SEC officials appear to be intended to put these worries to rest.

Indeed, the SEC expects to pay “some extremely significant whistleblower awards” for information that has led to “incredibly impactful cases,” said Stephen Cohen, associate director of the SEC’s Division of Enforcement, at a recent Corporate Crime Reporter conference.

And in an interview published by The Wall Street Journal in June, the director of the SEC’s whistleblower office, Sean McKessy, noted that more awards, at a faster pace, are likely “now that the program has been up and running and the tips we have gotten are leading to successful cases.”

Members of the whistleblower bar have welcomed the statements. “Statutes like the False Claims Act have been successful in large part because they give whistleblowers a share in any ultimate recovery,” says Jeffrey F. Keller, a founding partner at Keller Grover, a nationally recognized whistleblower law firm, and a veteran whistleblower lawyer. “They provide an incentive to these brave individuals with knowledge of fraud or other bad behavior to speak out. So by announcing more awards, and large awards, the SEC can help ensure that information keeps flowing in to the SEC’s new whistleblower program and we can clamp down on wrongful activities that don’t just hurt the government, but all of us.”

Whistleblower awards, Keller adds, aren’t just necessary — reflecting the career risks that insiders often take to do the right thing — but cost effective. “A whistleblower can provide information that would otherwise require the SEC to expend a great deal of resources — in time, manpower, and money — to obtain,” he says.

The Dodd-Frank provisions authorize the SEC’s whistleblower office to make rewards in the amount of 10 to 30 percent of all monetary sanctions ultimately collected.

“Whistleblowers help us very quickly, very efficiently zero in on wrongdoing,” says Keller, whose firm has offices in Los Angeles and San Francisco. “Awarding them a significant share of the recovery is money well spent.”