Timothy Talbott has amazing stage presence that make directors sit up and awe! 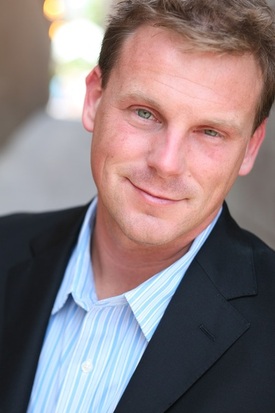 Young film producer /actor Timothy Talbott and up and coming Writer/Director Joseph Moran have been green lite to shoot “Unfinished Furniture” a horror comedy about divorce and vampires. This will be their first feature together.

The story revolves around Jack and Julie whose young love turns in to old hate. Leading them on a one way trip to a divorce. After a night out with her sister, Julie will be changed forever, when she meets Abram the Vampire.

Abram wants Julie to kill Jack so her transformation will be complete. Jack wants to live to get a divorce but he is not wanting to kill his blood thirsty wife to get it. The two battle each other to see who will win. To the victor goes the spoils. For one a divorce, for the other to live forever as a vampire.

This is a mixture of Mr. and Mrs Smith meets The Lost Boys meets Shawn of the dead. Shooting to begin in late August. His diverse background allowed him to play many different roles in the many movies he acted in.

Watching the stars like John Wayne, Clint Eastwood, and even Hulk Hogan Timothy Talbott knew that his height at 6’3 would one day make him a movie star.

When he was 19 years old he started following his dream of entertainment by joining a small Wrestling outfit, Texas Outlaw Promotions (TOPS). From there he rose to the top of the organization and became Texas heavyweight champion. There he also learned that entertaining the audience was a much greater reward that anything he had seen before.

As a writer he created story lines, villains, and matches that kept the fans on the edge of their seats. This helped raise the company to profit making status and one of the most known Promotions in Texas. After that he needed a new challenge, Hollywood is his true calling.

Arriving in 2003 he quickly got started with stunt work and stage fighting for a Indie Flick The Last bad Neighborhood and LALA land. As an actor he has tremendous stage presence and makes bold creative choices that make directors sit up and awe.

After being cast for a small role in “Anaheim the film” the writer/director quickly notice his talents and rewrote the movie to feature Timothy as the main villain.

Timothy’s comedic timing is that of the old school straight man and with the wrestling background, his physical comedy is truly a must see. Timothy tries to choose diversified roles and take chances with every genre and always approach everything he does with commitment, humor, and grace.