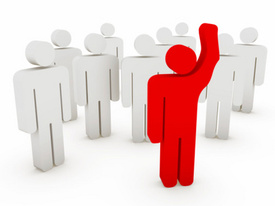 Whistleblowers play a vital role in uncovering — and stopping — fraud and other illegal behavior. But they often face retaliation for speaking out against their employers, with demotions and even outright terminations not uncommon. If you are a permanent federal employee and you are subject to retaliation for reporting gross mismanagement, waste or abuse, the law provides protection. By a new Senate bill — which passed that body’s Homeland Security and Governmental Affairs Committee in August — federal contract employees would get whistleblower protections like permanent federal employees.

The proposed legislation, Senate Bill 241, introduced by Sen. Claire McCaskill, D-Mo, is one in a series of measures designed to encourage whistleblowers to come forward. Legislators have had good reason to push for these changes: Whistleblowers have proven to be highly useful — particularly in recent years – in exposing fraud and other illegal activities that cost U.S. taxpayers billions of dollars each year.

The gold standard of whistleblower laws is the federal False Claims Act, which dates back to the Civil War era but was substantially modified in the mid-1980s. In its modern form, the law provides significant financial incentives for whistleblowers to speak out — giving them a direct stake in the government’s recovery. The False Claims Act has proven to be an extremely successful tool in the fight on fraud, leading to headline-grabbing recoveries against financial services, pharmaceutical, defense industry, and other companies. More recently, the Act served as the basis for the new Dodd-Frank whistleblower programs, which have started to pay dividends in just their first year.

Employees often times are witness to other misuses of government funds, including gross mismanagement, waste, dangers to public health and safety, or other improper behavior. Contract employees — who at any given time make up a sizable portion of the federal government’s workforce – currently have no protection against retaliation, demotion or termination for trying to expose this kind of abuse which may not rise to the level of a violation of the False Claims Act. The proposed legislation would change that, specifically prohibiting reprisals after a contract employee whistleblower disclosed these activities to the appropriate federal entities.

“Time and time again we have seen the vital role whistleblowers play in calling out, and correcting, fraud and other illegal behavior,” says Jeffrey F. Keller, a founding partner at Keller Grover, a nationally recognized labor and employment law firm, and a veteran whistleblower lawyer. “Mismanagement and waste costs taxpayers millions every year. As a practical matter, we should be taking every step possible to encourage all employees to report when things aren’t working as well as they should. Whether you are a contract employee or a permanent employee, you deserve protection against retaliation for trying to make a workplace more efficient in how it works with the government. We should be rewarding this kind of thinking; not punishing it.”

Under the bill, contract employees that have been demoted, fired, or otherwise discriminated against for reporting contract waste or abuse could submit a complaint to an inspector general. The inspector general would then have 180 days to either report on his investigation or decline to pursue the complaint on the grounds that it is not related to federal funds, is already being investigated, or has been deemed frivolous. If the inspector upholds the complaint, the employer will be ordered to take corrective action, such as reinstating the complainant with back pay. In cases where the reprisal is found to be “willful, wanton, or malicious,” punitive damages and attorney costs may also be awarded.

“Employees shouldn’t have to fear that they will lose their livelihood for speaking out about a wrong,” says Keller, whose firm is based in San Francisco and Los Angeles. “Closing a loophole in the law that causes artificial distinctions between contract employees and permanent employees is the right step for Congress to be taking – and it’s long overdue.”