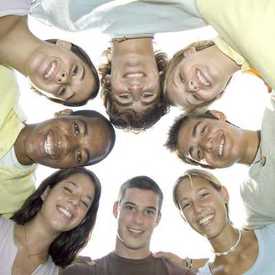 Americans love acts of heroism, small and large. On social media, people trade stories of bravery and selflessness and daring, of Americans who pulled dogs from flood-swollen rivers, saved children from burning houses, and dragged elderly people from cars about to explode.

A recent story garnering attention is that of a Minnesota teenager who did not risk life and limb, but who witnessed a small theft and confronted and remedied the problem when he easily could have done nothing.

Joey Prusak, 19, the manager of a Dairy Queen, saw a blind man accidentally drop a $20 bill in the restaurant and then saw another customer snatch up the cash and put it in her purse. When the woman approached the counter to order, Prusak calmly asked her to return the money to the man. When she refused, Prusak declined to serve her and asked her to leave.

The young DQ manager then approached the blind man and explained what had happened, and gave him a $20 bill from his own wallet—this last act is what especially impressed people. In fact, the billionaire investor Warren Buffett, whose company owns Dairy Queen, called Prusak to commend him.

Prusak’s action is not unlike what whistleblowers do. Whistleblowers are also everyday people doing their jobs (they may be a nurse or a lab tech or a doctor), minding their own business. But, like Prusak, they can’t ignore the fact that they are seeing a crime in progress. False Claims Act whistleblowers witness (or have direct knowledge of) a person or group bilking the government of a lot of money that the government isn’t able to see. They may ask the fraudsters to stop before reporting them—they don’t want to cause a fuss—but when the scheming continues the whistleblower has no choice but bring the graft to the public’s attention. Whistleblowers can do this by becoming a relator in a False Claims Act lawsuit, which sues the wrongdoers on behalf of the government in an effort to recover the stolen monies.

Some people are calling Prusak a Good Samaritan who did a “good deed.” Some are even calling him a hero, because his act, in its own small way, was bold and brave and noble.

Without a doubt, whistleblowers are heroes. Sounding the alarm on government fraud is fraught with downsides—whistleblowers risk losing their jobs, income, friends, and professional connections. But they don’t want to see fraudsters raid government coffers–essentially stealing from the American public–and so they take action. They are heroes and, like Prusak, deserve the public’s admiration. And what’s more, their actions should be emulated.