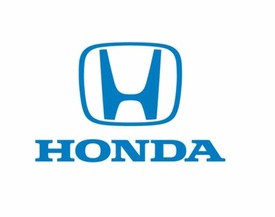 As America’s best-selling SUV, the Honda CR-V was already a customer favorite before it was refreshed for the 2015 model year, but now it has won over critics at one of the country’s most respected automotive publications. The 2015 Honda CR-V has been named the 2015 Motor Trend Sport/Utility of the Year, with the magazine’s editors praising the compact SUV’s enhanced engineering, new safety features and added value.

To determine their 2015 Sport/Utility of the Year, nine Motor Trend editors tested 19 models that were either all-new or significantly revised, including direct competitors to the CR-V like the redesigned 2014 Nissan Rogue and the new 2014 Jeep Cherokee. The field was narrowed down to nine finalists during initial testing on a road loop, and the winner was determined after the remaining vehicles were evaluated on longer road loops and a five-mile light off-road course. Editors ranked each finalist on Design Advancement, Engineering Excellence, Efficiency, Performance of Intended Function, Safety and Value before naming the Honda CR-V their winner for 2015.

“The compact-SUV segment is one of the fastest-growing and most competitive classes, so the fact that the CR-V is still leading the pack after more than 17 years in the market is a testament to Honda’s engineers,” said Jason Cestaro, general manager of AutoFair Honda of Plymouth, a Massachusetts Honda dealer. “For the 2015 model year, the CR-V has improved upon all the things that have made it so popular for so long, including its responsive-yet-efficient ride, its safety and its excellent value.”

About AutoFair Honda of Plymouth:

Located at 9 Long Pond Road in Plymouth, Mass., AutoFair Honda of Plymouth serves Honda drivers on the South Shore and Cape Cod with an unparalleled sales and service experience. Whether customers are looking to test-drive a new Honda Accord, Civic or CR-V or to take advantage of the AutoFair Certified Pre-Owned Program, the Massachusetts dealership maintains a large inventory of Honda cars, trucks, crossover SUVs and hybrids to ensure visitors leave satisfied. AutoFair Honda of Plymouth can be reached by phone at 508-503-1053 or found online at www.autofairhondaofplymouth.com and www.facebook.com/AutoFairHondaPlymouth.