A new mobile phone technology is first smartphone with a strengthened operating system that blocks spying and secures communications.

IObit today announces the release of IObit Security 360 version 1.0, a free advanced malware and spyware removal utility that detects and removes the deepest infections for prevention of varied security threats. IObit Security 360 is developed with the intention to protect users against all malicious software and ensure computer security on the Internet. It […] A new computer worm poses a security threat to users of Facebook. Wired PR News – Users of the social networking site, Facebook, have new security threats to look out for. As reported by NewsFactor, five new deceptive applications have surfaced on the site in the past week. These include four that attempt to steal […] 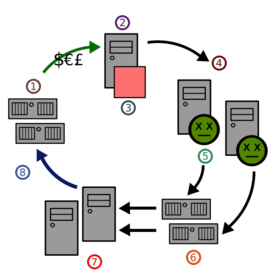