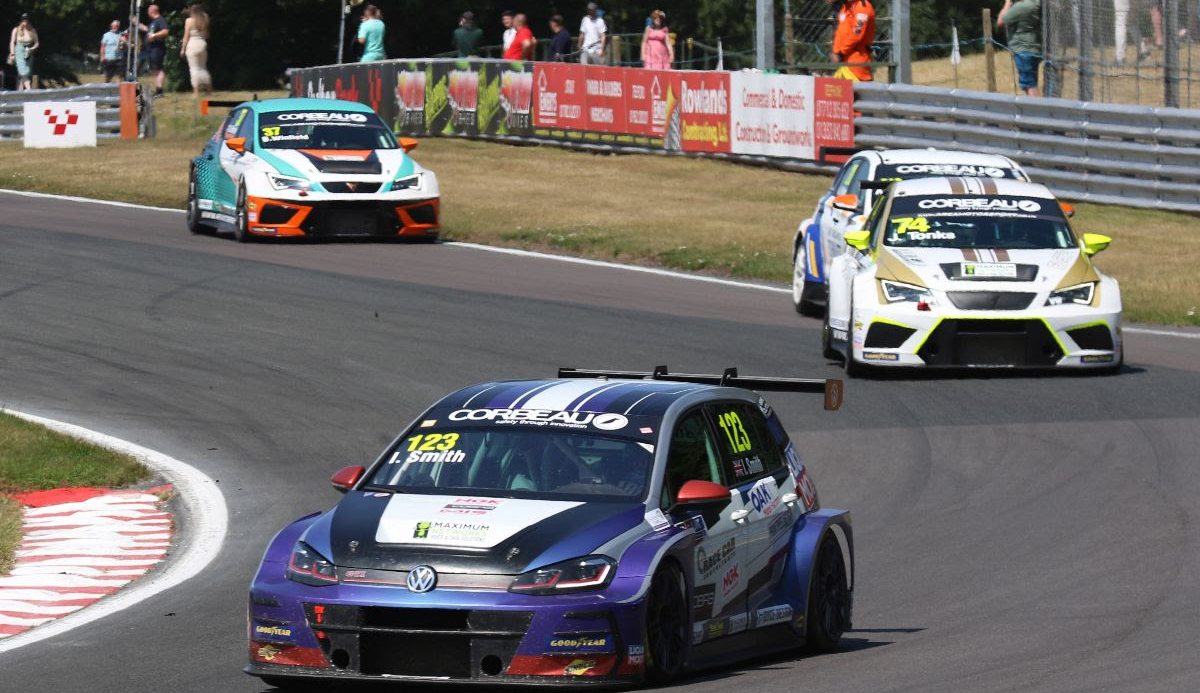 Following a successful visit to Castle Combe in 2021, the touring car racing TCR UK organisers had no hesitation in taking the championship back to the Wiltshire circuit this year for rounds 10 and 11 from a calendar of 15, at Saturday’s (6th August 2022) meeting entitled ‘Combe Carnival’.

Whilst many of the teams took part in a pre-event test on Thursday, the legendary 1.85-mile circuit is renowned for rewarding those who are familiar with its fast sections and deceptive bends that have a reputation for their unforgiving nature.

With this year’s nine previous rounds revealing seven different winners – Max Hart (JamSport Racing Hyundai i30N) and Alex Ley (Daniel James Motorsport Hyundai i30N) the only drivers to have scored two wins – the race for the title is wide open. However, such is the strength of the competition, it’s none of the above who currently top the driver’s standings. Instead, it’s Isaac Smith’s (Race Car Consultants VW Golf GTi) consistency that has paid off, his five visits to the podium and 100% finishing record providing him with a 42-point advantage going into this weekend.

Hart’s two second places at the start of the year at Oulton Park, followed by his pair of wins at Donington in May, saw the young Irishman take an early lead, but two DNFs when the championship returned to Oulton Park in July cancelled-out his early advantage. Consequently, having won the first of two races at Castle Combe last year, he’s a self-confessed man-on-a-mission this weekend as he attempts to regain lost ground.

Hart stands just one point ahead of round one winner and former BTCC front-runner Chris Smiley (Restart Racing Honda Civic Type R FK7), who’s two fourth places last time out at Oulton Park puts him back on track for a title challenge. Five points behind and eager to replicate his round five victory at Brands Hatch is Lewis Kent…

Fraud is booming on Zelle. But the banks that own it aren’t reimbursing scammed customers

What is the average 401(k) fee? Americans pay hundreds of dollars on average
1 hour ago